The Experience of Contemporary

Chinese Returnees from the West

This study examines a small group of highly educated Chinese who have exerted outsized influence on China’s recent rise. They share one thing in common – they all left China to study in the US and subsequently returned to China to apply what they had learned. Their work has in some ways made China more like the US. But more importantly, in adapting overseas practices to the Chinese context, they have not simply imitated or duplicated that which already exists abroad. Instead, they have invented something entirely novel, something that resides at the very heart of China’s contemporary developmental experience. Based on extensive interview data collected by the author, these personal accounts open a window on the day-to-day struggles—and step-by-step achievements—of China’s most prominent social entrepreneurs and societal activists.

Zhuqing Li is adjunct associate professor at Brown University. Her research and teaching range from linguistics to literature to culture in the East Asian region. She has taught East Asian culture in major universities for fifteen years. 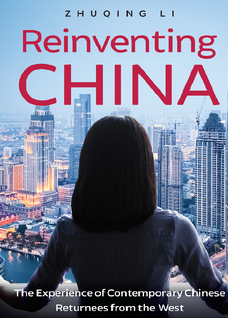