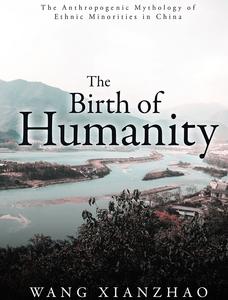 Click here to receive announcements and offers
Buy on Amazon.com

The Birth of Humanity

Anthropogenesis in the Mythology of

This systematic overview delineates the emergence and features of the anthropogenic mythology of all fifty-five official ethnic minorities in China. Anthropogenic mythology consists of the birth of humanity as a group, including species origins, ethnic origins, and surname origins, and also myths of individual origins, including the birth of cultural heroes and iconic figures. Teaching us about mythology in the minority ethnic cultures in China, this monograph is a window onto a rich ethnographical landscape.

Motif is used as a specific to observe and analyze mythologies on the origins of clans, tribes and ethnic groups. Historically, mythological motifs -- especially those circulated orally through multiple channels and in various forms – have evolved through the emergence of new motifs, modification of old motifs, disappearance of some motifs, or the combination of chains of motifs. Thus, motifs have unique characteristics as well as shared commonalities.

Wang Xianzhao, Ph.D., is a professor at the Chinese Academy of Social Sciences.